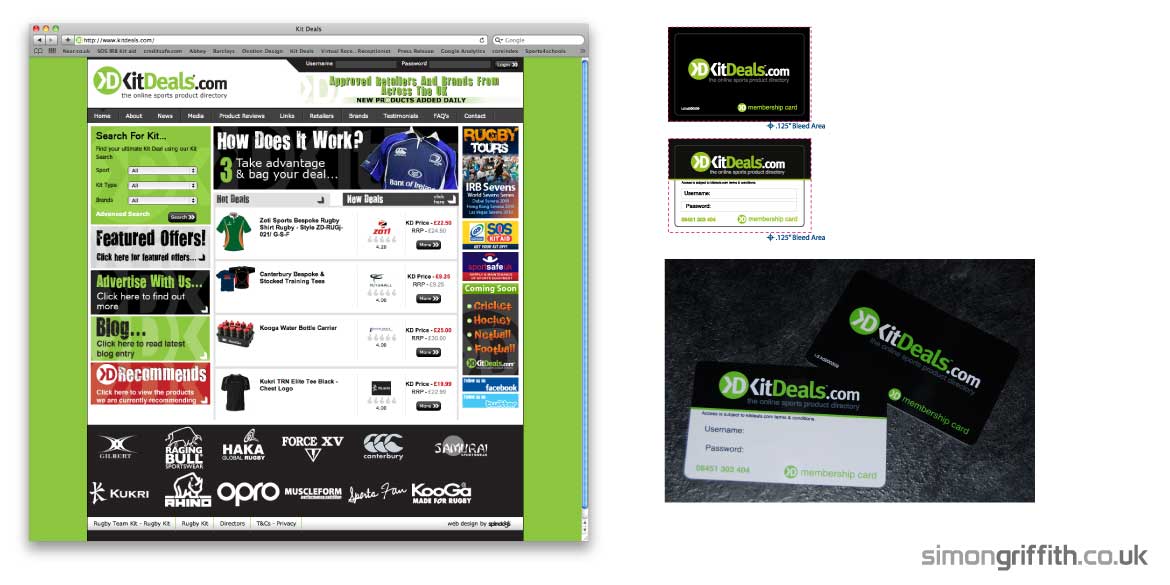 This was my own company and brand created in 2008. The company was designed to market products and to some degree services of the Retailers. It did this successfully for a number of companies and brands.

It was also later adapted to avoid being perceived purely as a PRICE Comparison site as this was considered slightly too revolutionary for the retailers. Now some 3-4 years later others have developed their own adaptations of the KitDeals.com® ethos.

I later closed the company  after using it to launch the KUDOS project. When KUDOS was proven viable Kit Deals Ltd was closed down and assets sold.